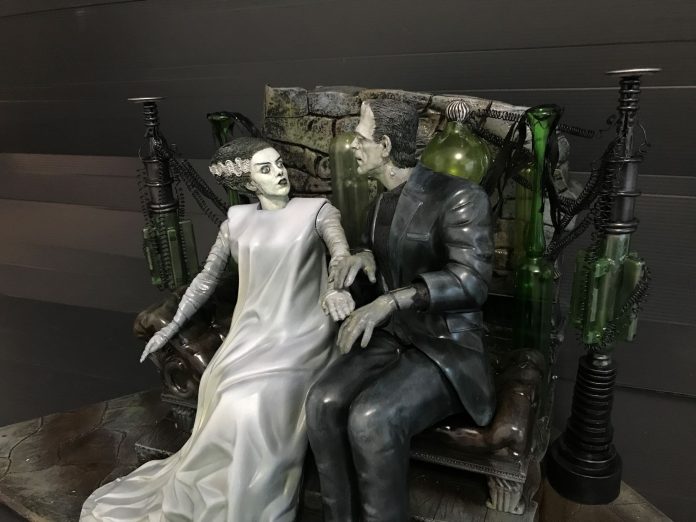 Lee Chambers has entered his build in the SciFiantasy 2021 Annual Halloween Group Build. Lee has entered his Bride Of Frankenstein build. Let us see what he has to say about it and check out his pictures.

I bought the kit around this time last year from a UK seller on eBay.
The kit was new and unstarted, I found some resin replacement heads for Boris Karloff and Elsa Lanchester on  CultTvman’s site, for around $22 so ordered them.
I wanted to try and recreate the scene from the movie, so found some glass laboratory equipment for sale on eBay and used some of the glassware to recreate the large domed jars that were behind the figures.
Also, I tried to keep the colors to a minimum, so as to give the impression of an old black and white movie.

But just for fun, I added some fast-flashing RGB LED’s placed into the glass tubes and high voltage generators that I scratch-built on either side of the couch.

The 2022 Halloween Group Build – The Wicked Witch Of The West