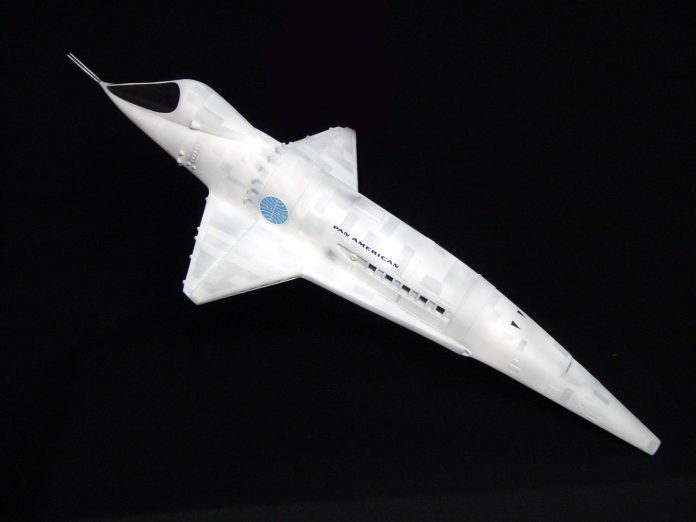 About sixteen years ago a very good friend of ours owned a model store and he ran it with the help of his dad and a couple of buddies. Mike was really exceptional in terms of helping me out with orders and huge discounts that you wouldn’t believe! Anyways one day as with many of my excursions I drifted into Mike’s Shop and I saw two Airfix 1:144 ccale Orion Clipper model kits from 2001 A Space Odyssey? I initially thought that these Kits had to be re-issues, but they were actually vintage!? I was utterly surprised especially as Mike sold them both to me for £24.00!

While as a young child 2001 A Space Odyssey was way beyond my otherworldly understanding, I loved the vehicles as with most science fiction and fact. Actually, I remember one childhood Christmas when I geared myself up to watch 2001 and make an attempt to understand it and promptly fell asleep ten minutes in! The only other film I fell asleep through was The Dark Crystal as a child. I’m straying!

As a child, I wanted to have the Orion Shuttle. I had no idea that there had been a model release? So as you can imagine, as an adult, I was over the moon with my purchase! No pun intended!

So this very first iteration of the shuttle is really basic, but then the design was an essay in elegance and a love letter to dynamic engineering. Although the effects shots in camera were relatively unsophisticated when compared to the advent of Star Wars, the solution in the thought processes is exuberant in form and ecstatic in beauty unabated! In short, the Orion Clipper is a triumph of form and function!

However, getting back to the actual kit, minus my gushing over it- is comprised of two fuselage halves, a bottom full-length panel, and four-wing halves. With the exception of the interior glass, there is nothing. No cabin detail whatsoever! There is plenty of room and scope to either scratch build this or buy after-market parts.

The construction was really simple. There was no flash so there was just the usual minimal clean-up with no fuss. Heavily keying the mating surfaces, gluing the parts together was relatively effortless. You just have to make sure that wings are completely level and installed correctly as they not only hook into the fuselage sides but the bottom panel as well!

Apart from the main engines, exhaust manifold the modular reactor core shroud, the cockpit window, and the rear antenna, there are no further parts. Considering this, the kit builds up to quite a substantial representation of the filming miniature with a bit of love and effort. Construction just took two days with the general clean-up, puttying, sanding, and sealing any obvious seams.

Having washed the model in warm soapy water, the painting was basically a satin X-18 Tamiya Black undercoat for some pre-shading, Humbrol Grey Enamel 174 for the assorted panel detail with a final coat of Tamiya’s XF-1 Flat White. There is minimal weathering so I did not go overboard! All in all, from start to finish, this build only took three days to complete with pretty pleasing results! But I genuinely believe that it’s primarily down to the design and execution of an elegantly resolved concept!

This kit is worth the time and effort to realize as the results are more than rewarding! Not only have I now a built model I also have her sisters in the other Airfix kit and more recently the Moebius 1:160 scale Kit of 2011 in which there is plenty of scope to innovate.