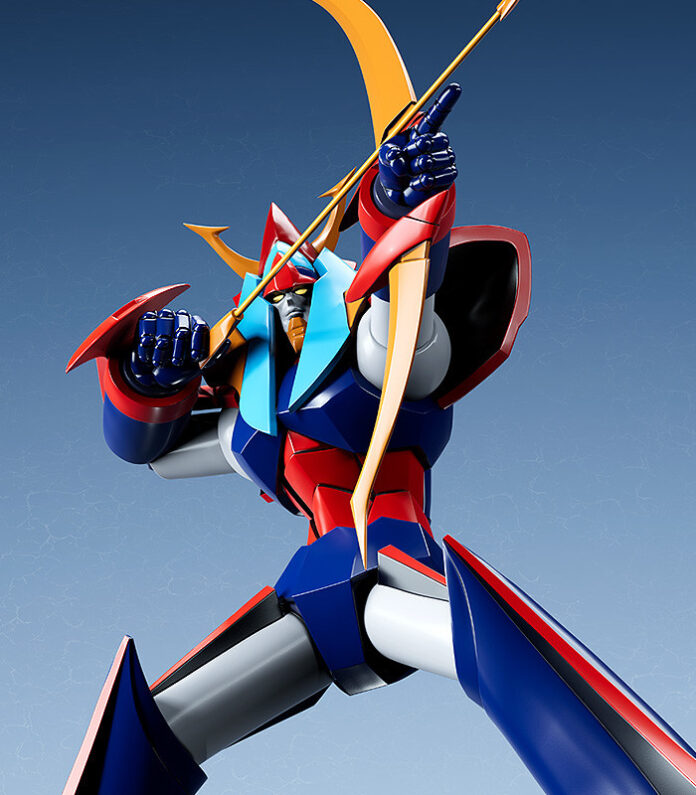 Yūsha Raidīn or “Brave Raideen” / “Raideen the Brave” is a classic super robot anime series that ran in Japan from 1975 to 1976.  The series is renowned as the first to include a giant robot whose origins are mystical rather than scientific with Raideen itself portrayed as a sentient being.  Raideen is also historically noteworthy for being one of the first animated transforming giant robots.  And the diecast toy version of Raideen, released in Japan in 1975 by Popy, was the first true transforming robot toy.

By the late 1970s, Mattel licensed several super robot IPs in order to create a new toy line meant for the Western market – Shogun Warriors.  This toy line also had a Marvel Comics 20-issue tie-in series that ran from 1979 to 1980. Raideen was part of the character lineup.

Throughout the years, there have been model kits produced of Raideen both in mass-produced injection molding and garage kit resin cast formats.  2023 will bring Raideen back with not just one…but TWO…model kit releases!

Check with your favorite Japanese model kit exporter for pre-orders.