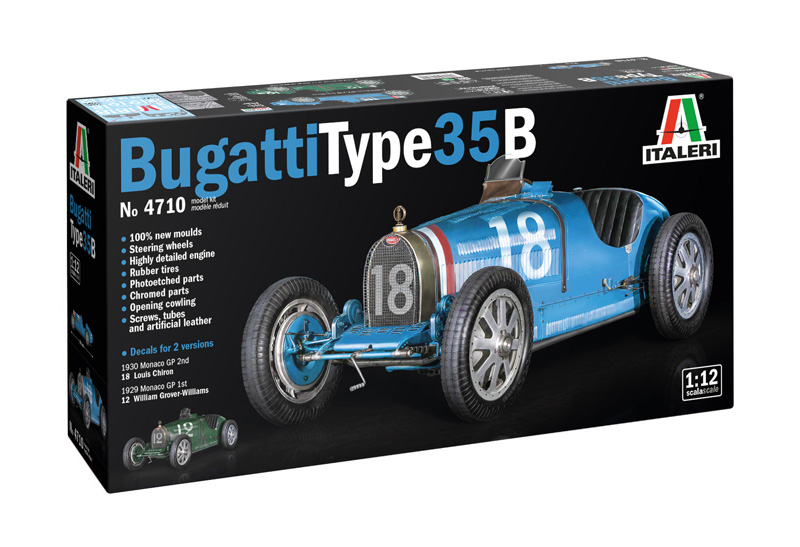 The Bugatti Type 35 is one of the most iconic and revered racing cars in motor racing history, both technically and competitively. Ettore Bugatti’s masterpiece was a unique mix of engineering skill, design, elegance, speed and its relatively light weight. Produced during the 1920s, it won an incredible number of races in both “road” and “on track” competitions. The Bugatti was in fact specifically designed for the world of racing, which included the introduction of technical and mechanical solutions for the car that made it ideal for the racing circuits of the period. Aesthetically, it was universally known and recognizable by the unmistakable shape of the horseshoe-shaped radiator which was a key design feature of Bugatti as a car manufacturer. Due to its 2,263 cm3 8-cylinder engine with a four-speed mechanical gearbox and equipped with a volumetric compressor, the Bugatti Type 35B was able to attain a top speed of 210 km / h. It was produced in limited numbers until 1930. 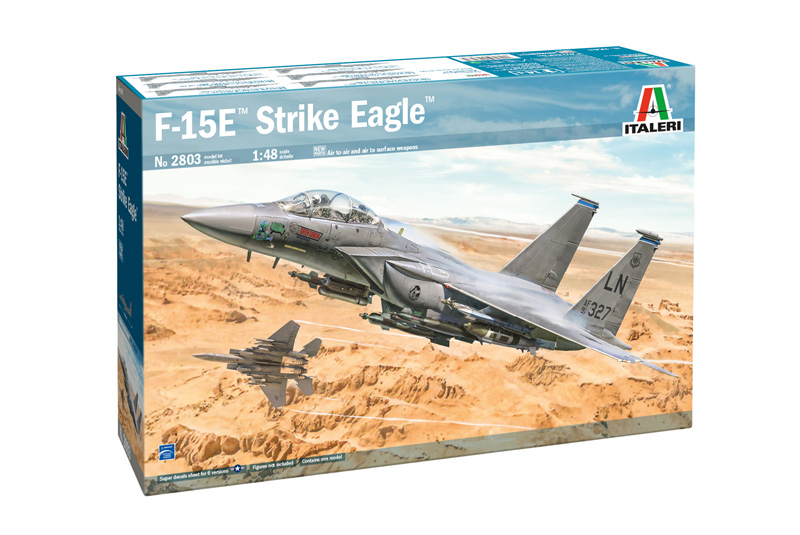 The McDonnell Douglas F-15 Eagle design was initiated in the 1970s to equip the United States Air Force fighter squadrons with an advanced and high-performance jet fighter. The effective and robust aerodynamically design lay-out led to production of the two-seat “all-weather” F-15E Strike Eagle fighter-bomber. Entering into service with the USAF in the late 1980s and replacing the outdated F-111, its operational roles included ground attack, bombing and interdiction missions. It retained the flight design characteristics of the original F-15 such as the two tail drifts, sturdy mid-wing and tandem two-seater cabin, in the rear of which was the Weapon Systems Officer. From this position the officer selected the aircraft’s route management, target tracking and electronic countermeasures. The F15-E was deployed to numerous operational theaters such as the Desert Shield and Desert Storm campaigns of the early 1990s. 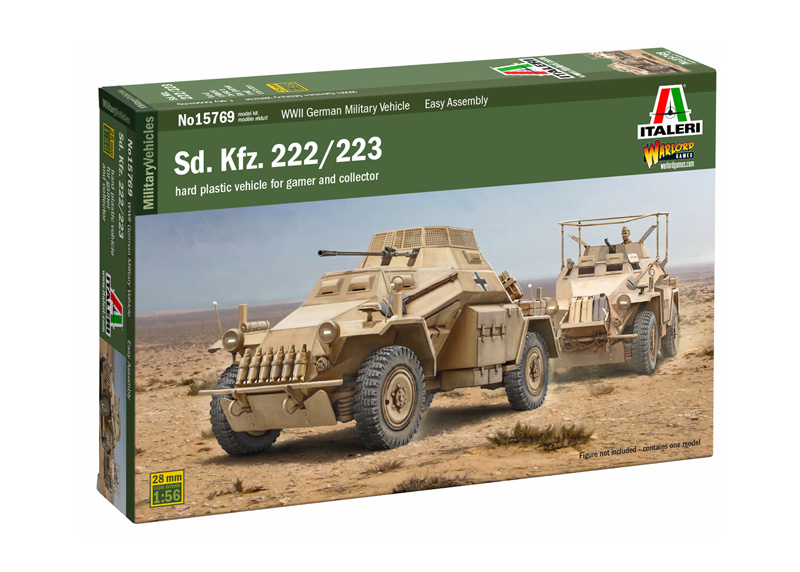 The lightly armored reconnaissance vehicles “Leichte Panzerspähwagen” Sd.Kfz. 222 and 223, were widely used on all operational fronts by the German army during the Second World War. The motorization of troops and the speed in carrying out reconnaissance and offensive tasks was a key factor in the early successes of the German Blitzkrieg. These agile four-wheel drive armored cars were designed to respond precisely to this new military strategy. Deployed by the reconnaissance battalions of the armored divisions, they broadly demonstrated both good on-road and off-road performance levels. The Sd. Kfz. 222 was armed with a 20mm L / 55 gun alongside the more traditional MG13. The Sd. Kfz. 223 was also equipped with improved radio equipment that enabled much better communications with troops on the battlefield. 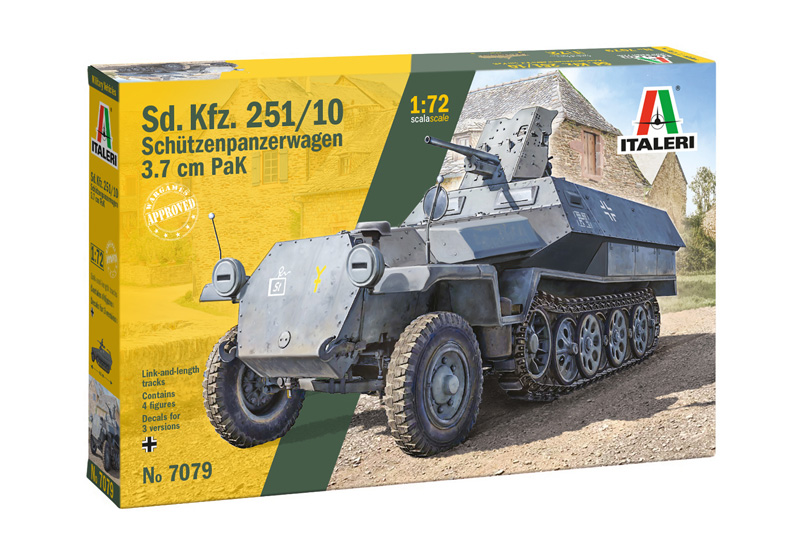 The Sd.Kfz.251 half-track was an armored fighting vehicle and was used by the Wehrmacht on all fronts, during the Second World War. Powered by a Maybach 6-cylinder petrol engine was able to achieve, even in off-road terrain, the speed of 55 km / h. Produced in huge numbers, it was mainly used to transport the “Panzergrenadiers” but, during the war, several versions has been developed to meet various operational needs. The halftrack Sd.Kfz. 251/10 (Schützenpanzerwagen) was used as a platoon command vehicle and was armed with a 37mm PaK 36 anti-tank gun fitted with a protective shield. Production of the 251 ceased in 1942 when the cannon became increasingly ineffective against more advanced enemy armored tanks and vehicles.