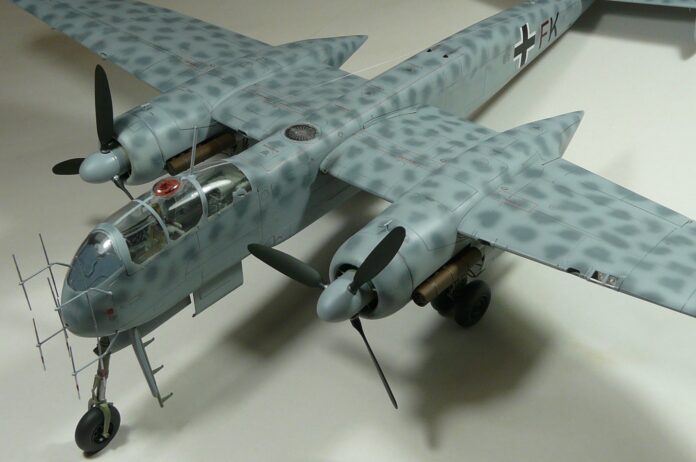 The Heinkel 219 A 7 UHU (OWL) was a notable night fighter, its detailed design commenced at Rostock (Germany) in January 1942, and his first prototype He 2129 V 1 (Versuch) (Test) flew on November 15 1942 powered by two 1750 h.p. DB 603 A engines. On the night of 11th /12th June 1943 the He 219 made a most conspicuous combat debut and was crewed by Maj. Werner Streib and his radio operator Uffz, Helmut Fischer, over the course of the next 75 minutes Maj, Streib shot down five heavy bombers, four Halifax and 1 Lancaster.