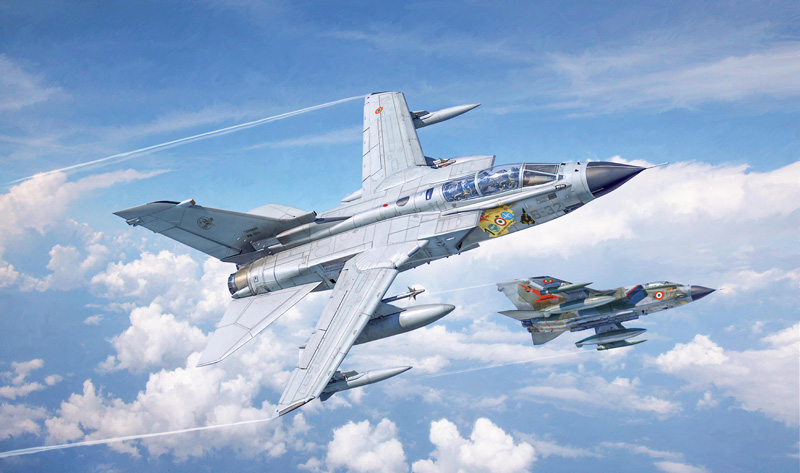 FIGURE NOT INCLUDED – CONTAINS ONE MODEL

The Tornado arose from a collaborative project between Italy, Germany, and the United Kingdom to produce a multi-role high-performance combat aircraft. The primary requirement however was to develop a ‘state of the art’ modern aircraft able to perform low-altitude penetrating strike missions. This need was met by the development of a twin-engine combat aircraft with a variable-sweep wing. The Tornado IDS (Interdictor / strike) was the first version to be released by the British Royal Air Force and designated GR.1 Tornado IDS (Interdictor / strike), an aircraft ideally suited to attack roles, was the initial version used by the Flight Squadrons of the three countries that developed the plane, the Italian Aeronautica Militare, the German Luftwaffe and the UK RAF. The Tornado IDS was used in different scenarios where it was able to demonstrate its operational efficiency. 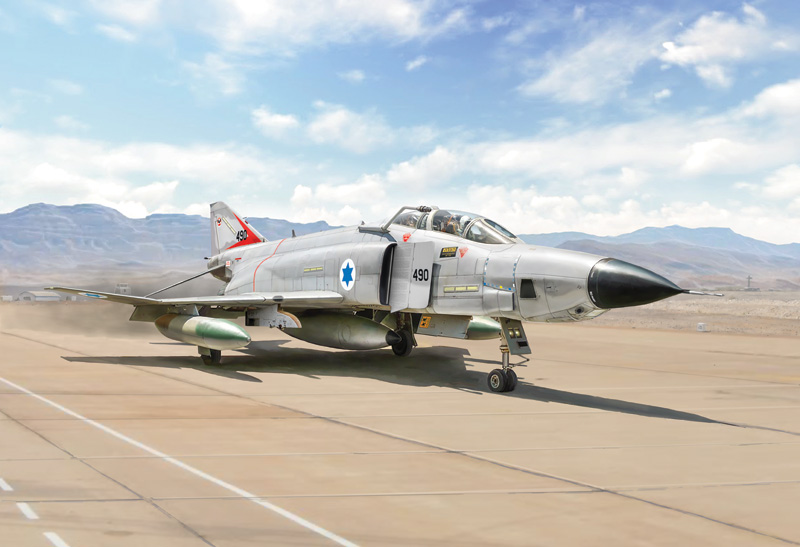 The RF-4E was the unarmed reconnaissance version of the famous McDonnell Douglas two-seats fighter F-4 Phantom II. It was designed and developed for export, and it was the combination of reconnaissance system of the RF-4C with the airframe and the powerful engines of the F-4E. The German Luftwaffe received the first samples in the early 70s and became one of the main users along with Japan, Iran, Israel and Greece. Furthermore, many components and reconnaissance systems were also manufactured in Germany. The RF-4E was able to carry out reconnaissance missions “all-weather” in a very effective way thanks to the cameras installed in the bays, the infrared sensors, and the target looking radar system. Some Countries developed specific versions more in line with the specific operational use. 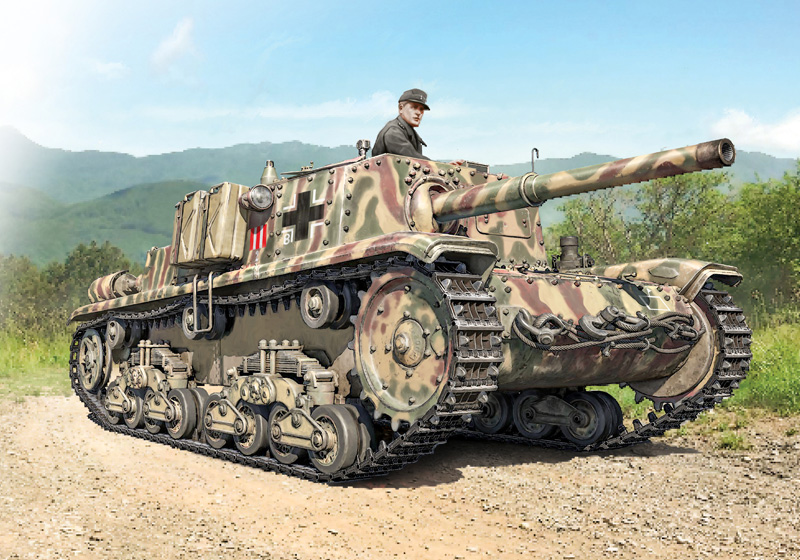 At the end of the 1930’s the Italian Regio Esercito (Royal Italian Army) began to deploy self-propelled artillery guns to provide support for tanks and infantry units. The ‘Semovente’ 75/18 was developed on the back of the ‘M’ series medium tank hull and soon became the most feared Italian armored vehicle. In addition to its primary artillery role, the 75mm howitzer installed in the casemate proved to be a highly effective anti-tank weapon, capable of destroying even the most powerful and heavily armored British and American tanks. During the war however, the Italian Regio Esercito requested the development of a version with increased offensive capability. The 75/34 cannon which was originally designed for an anti-tank role, was fitted to the hull of the M42 self-propelled tank. The initial units of which, were distributed to the Italian Army in the spring of 1943. As a result of its effective operational performance, it was also used by German anti-tank battalions after the armistice in September 1943.