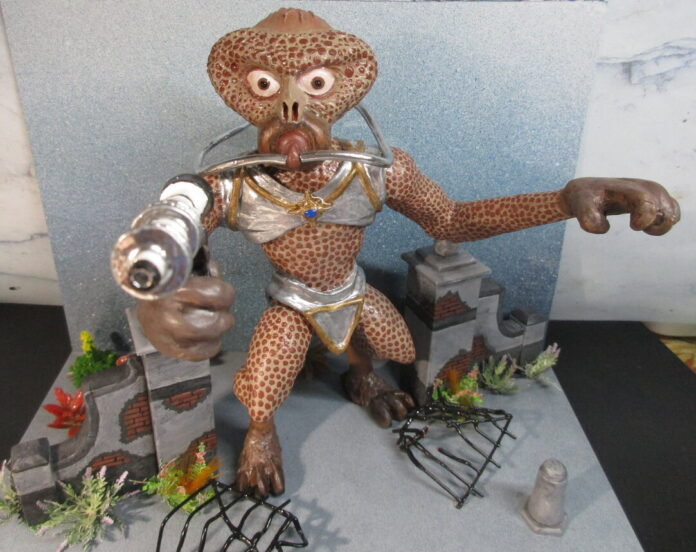 The name of the build: The Thetan

This is the “Thetan” from the 1964 TV series “The Outer Limits” episode “The Architects of Fear”. The Thetan was a scientifically created alien to scare the nations of the world to come together and stop fighting each other. The episode starred Robert Culp as Allen Leighton/Thetan.

The “Alien” was deemed so frightening in 1964 that his appearance was “blacked out” on the west coast during the first run of the program.

The 2022 Halloween Group Build – The Wicked Witch Of The West