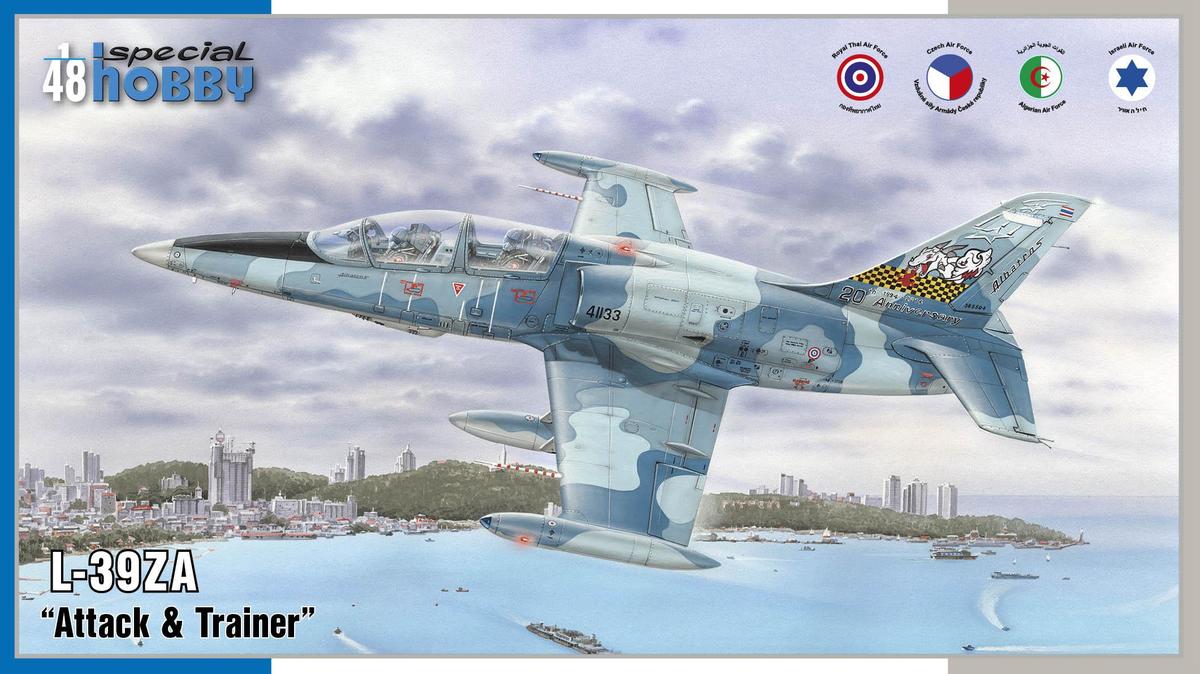 L-39ZA/ZA ART Albatros 1/48
The L-39 Albatros is a Czechoslovak jet aircraft that was used for pilot training throughtout the Warsaw Pact and was also successfully exported to many Third World countries. A light attack version was also developed and known as the L-39ZA, which featured a strenghtened wing structure with hardpoints enabling the type to carry external armament and was also equipped with a belly 23mm twin barrel cannon GSh-23. The L-39 still remain in service even after the collapse of the Soviet Union and the Warsaw Pact, and found its way also to military of some new NATO member countries. The avionics of Czech and Slovak machines underwent an upgrading programme, newly produced machines of this standard were exported too, one of the most important export contracts was for the modernised L-39ZA/ART for Thailand.

Kit no.SH48167 comes on three styrene sprues and contains also one clear sprue with the canopy which is split up into several sections and allows the modeller to display the canopy in open position. Resin parts and a set of photo-etches is also in the kit. The decal sheet has markings for one Thai L-39ZA/ART machine, a Czech L-39ZA in two various schemes and an Algerian L-39 which is depicted in three various schemes (the machine was overhauled at Aero following a hard landing). The final option brough via the decal sheet and camo schemes is a Czech machine as test-flown by Israeli pilots and wearing IAF markings. 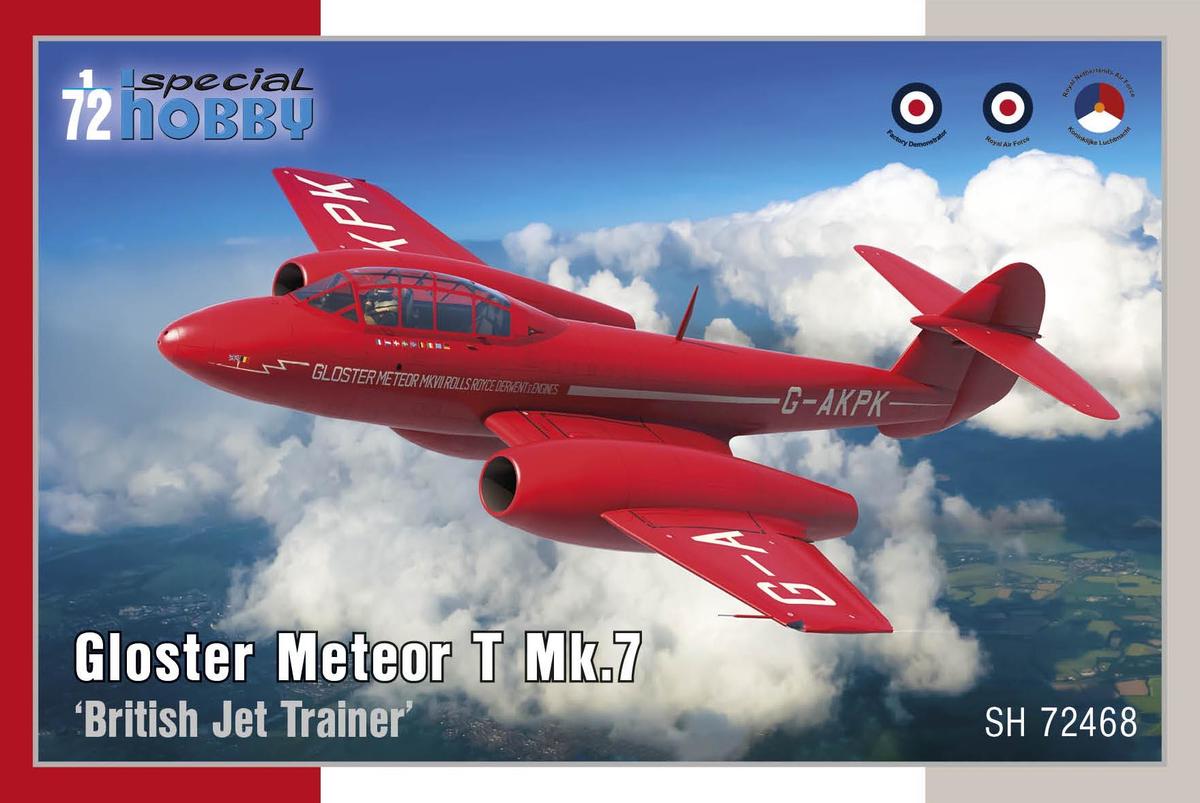 Gloster Meteor T Mk.7 ‘British Jet Trainer’ 1/72
The Meteor T.7 two seater was among the most widely used jet trainer aircraft of the 1950s and 1960s and saw service with the British military as well as with many various overseas air forces.
Our model of the T.7 comes with three marking options, first you will have the attractive, overall red display machine flown by Gloster’s factory test pilot, then there is a overal aluminium aircraft of No.43 Sqn RAF which is found to bear a connection with a pilot of Czechoslovak origin and lastly the kit also covers a machine as flown in the Netherlands.
– Interesting schemes and decals
– Masks already available, sets being developed 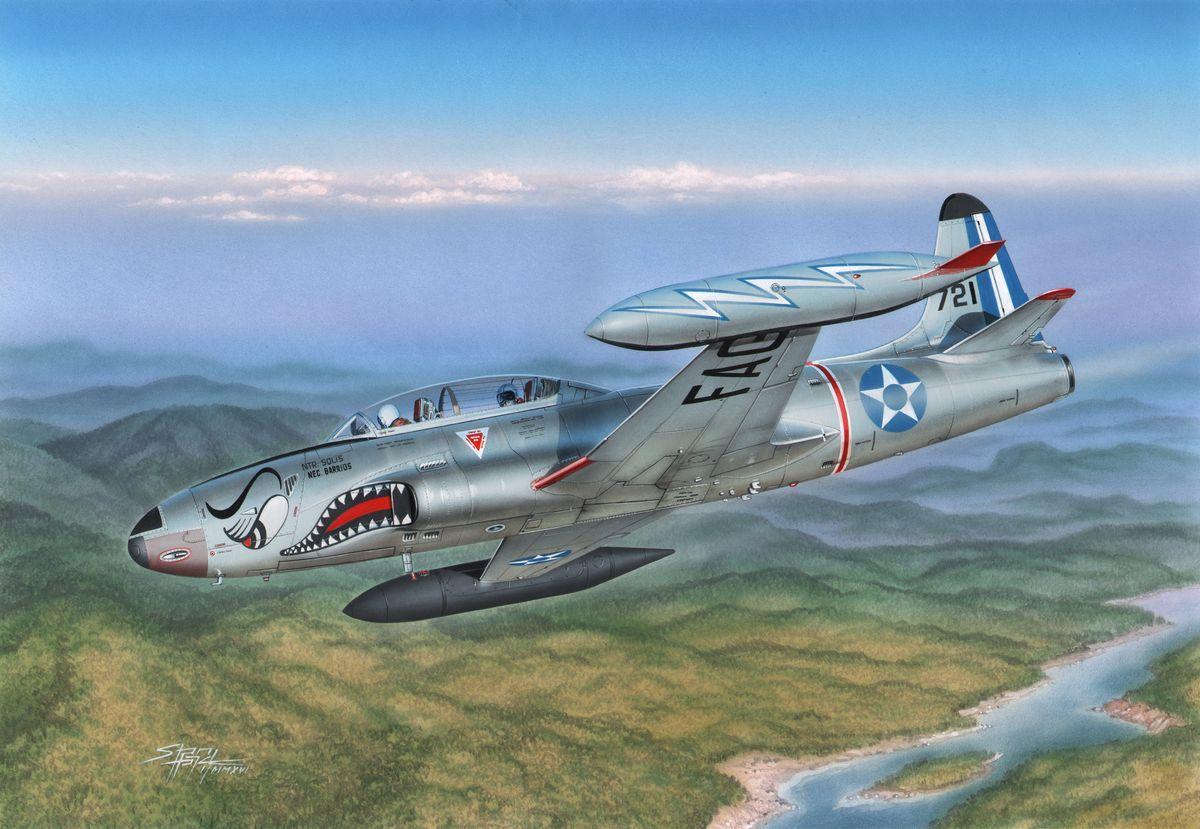 Model of one of the most famous trainer aeroplane ever built in the US, no else jet trainer has been produced in larger numbers than the T-33. With the exception of Antarctica and Australia, the T-bird was operated world-wide. The kit offers – six styrene sprues, one sprue with clear parts, full colour instruction manual, pre-painted photo etches, resin cast details and a sheet of decals. 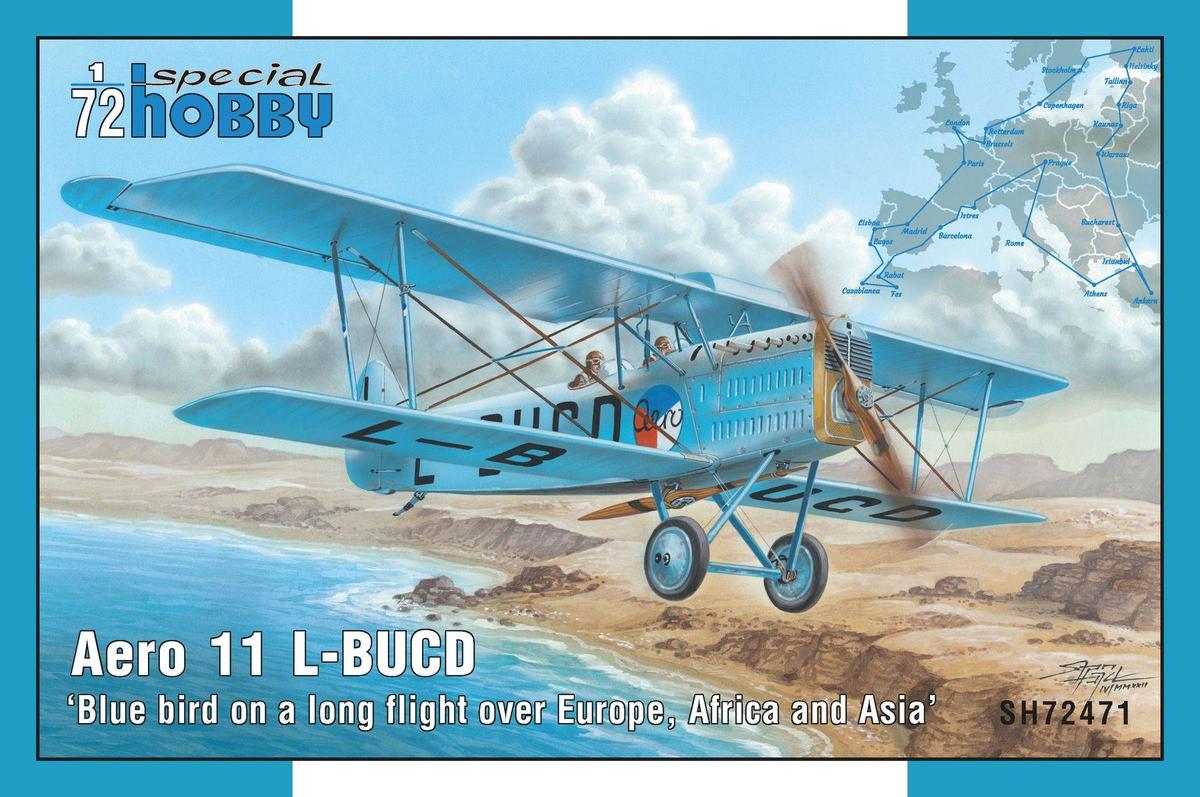 Blue bird on a long flight over Europe, Africa and Asia (Aero Ab-11 L-BUCD) 1/72
The Aero A-11 was amongst the best Czechoslovak-made aircraft of the 1920s. No wonder then that the type was chosen by the crew of Stabni Kapitan (Sqn/L) Stanovsky and his mechanic Simek for their long distance flight around Europe, North Africa and the Middle East which took place in May and June 1926. For its distinctive colour, their machine was aptly named The Blue Bird. Now it gives us really big pleasure to replicate this important piece of Czech aviation history and release the model kit of the Aero A-11 biplane – even though only in a limited series. The kit contains two styrene sprues, one clear sprue with a pair of windscreens and a sheet of decals