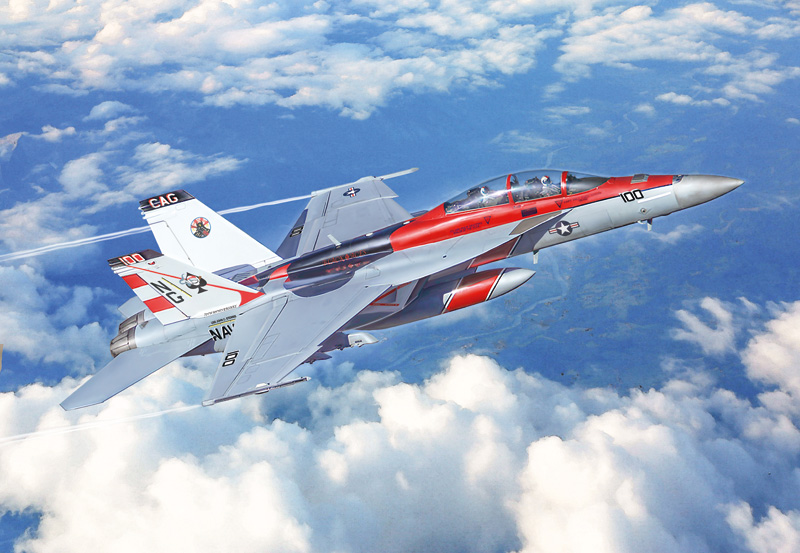 The Boeing F/A-18F Super Hornet is a modern twin-engine, carrier-capable, single-seat fighter directly derived from the original design of the McDonnell Douglas F/A-18 Hornet. Larger and heavier than its predecessor, it is characterized by significantly improved flight and combat performance. Noticeable evolutionary design changes can best be seen in the revised wing-shape which is able to ensure maximum performance, particularly in terms of maneuverability. Additional design improvements can also be seen in the newer intake ramps for the engines, and also in the enhanced tail design. The aircraft originally entered service with the United States Navy in the early 2000’s to replace the F-14 Tomcat, with the primary role of fleet air defense. Deployed with an increased mission range and the adoption of improved avionic systems, it is one of the more effective carrier-based fighters. It is armed with a 20mm M61 internal gun and can carry air-to-air missiles mounted on its under-wing hard points. The two-seater F / A-18F Super Hornet was designed and developed from its earlier single-seat version. The aircraft demonstrated a high level of operational flexibility including fleet air defense, ground attack, close support and interdiction roles. 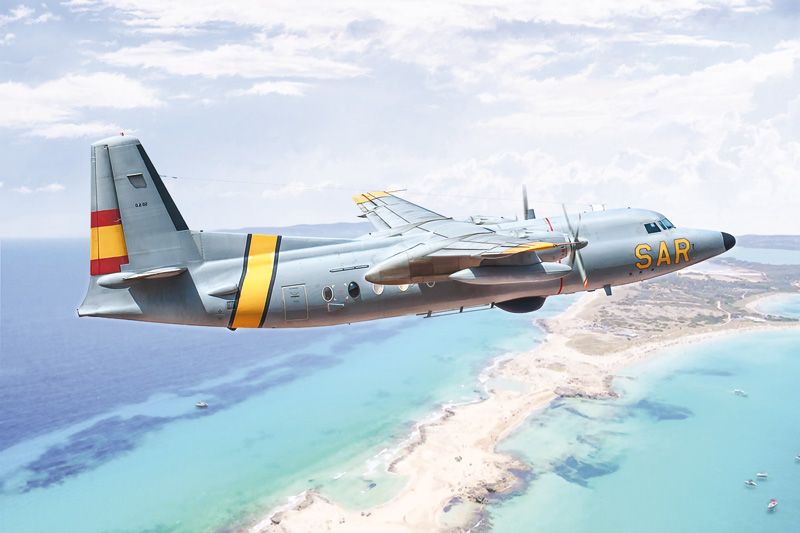 The twin-engine Fokker F-27 Friendship was developed during the fifties by the Dutch airplanes manufacturer to provide a valid successor to the old traditional piston engine Douglas DC-3 in service since the World War II. The Fokker F-27 immediately achieved a good commercial success in civil and military uses and it was even produced under licence in the United States. Thanks to its two 2,250 Hp Rolls-Royce turboprop engines the Fokker was able to reach the max speed of 460 Km/h. Since its start of production it was adopted by a lot of airlines that found in it the best solution for short-haul routes. The adoption of two turboprop engines, compared to traditional piston engines, reduced vibrations and provided an improved comfort on board. The plane was very versatile and was widely used for freight transport activities, troop transport duties and maritime patrol. 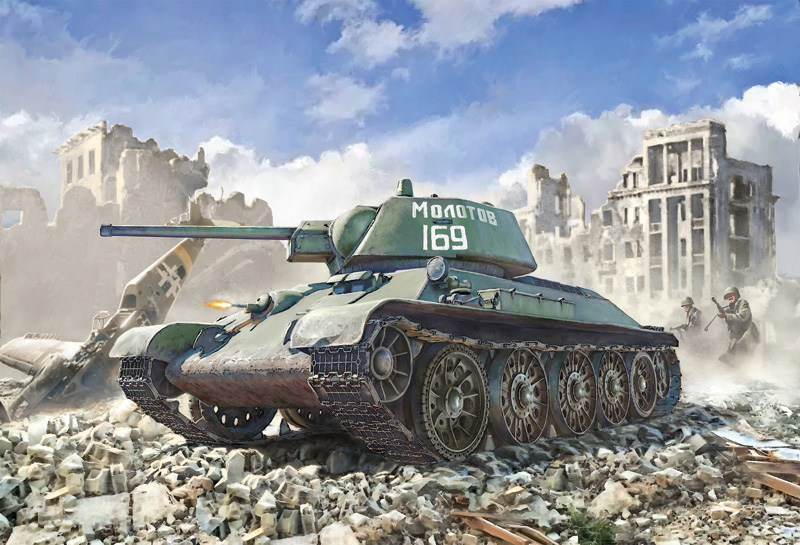 The T-34 was one of the most famous tanks produced during WWll and was the mainstay of the Soviet Army during this conflict. One of the key innovations introduced by the T-34 design was the sloped armor at the front which guaranteed a higher degree of protection from direct hits. The adoption of wide tracks provided excellent mobility on all types of terrain, including mud and snow. The first version of the T-34 which was armed with a 76 mm short barrel gun gained an immediate advantage over the most common German tanks of the era, such as the Panzer III and the Panzer IV. Due to its 12 Cylinders diesel engine, the tank was able to attain a maximum speed of 55 Km/h. It was considered, in terms of sheer operational effectiveness, the best tank of the Second World War.