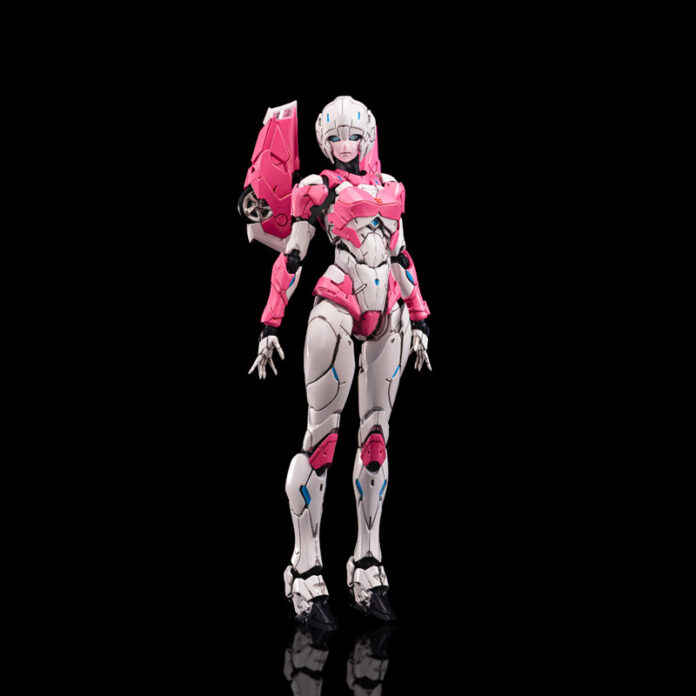 Hong Kong based Flame Toys has had the Hasbro Transformers and G.I. Joe licenses for several years now and have taken full advantage of them by producing some very high quality collectibles and model kits. Flame Toys’ Furai Model line has figures and vehicles that rival Bandai’s Gundam gunpla kits in quality and engineering.

Following up on their 2022 Windblade release (https://hobbylinkinternational.com/index.php/2021/12/21/flame-toys-transformers-windblade) – which was so successful that it had two production runs – their upcoming twenty-eighth release will be The Transformers Arcee. For those who are unfamiliar with the character, Arcee is an Autobot who was first introduced in the 1986 animated film The Transformers: The Movie. She is, by far, the best-known female Transformer in the franchise. Here are some details of the upcoming model kit:

Check out official images in the gallery below!