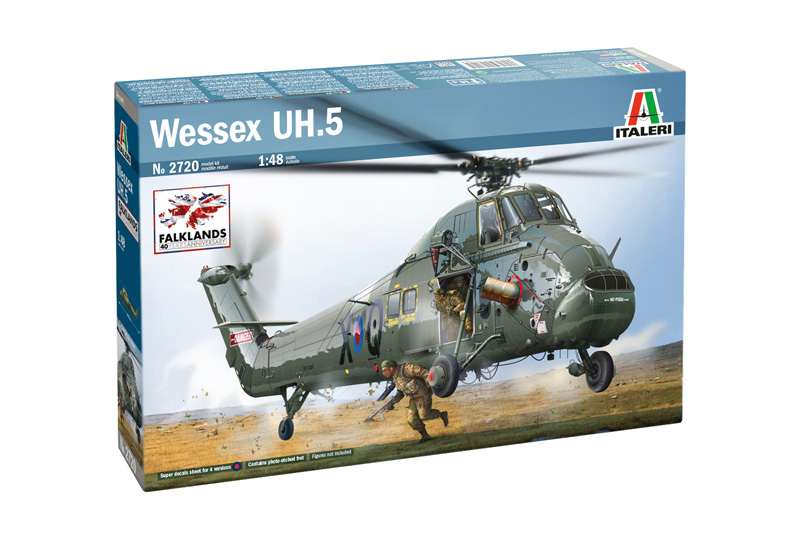 The Wessex, easily recognizable by its distinctive line characterized by the cockpit placed high, was produced by the British Westland under license. It was based on the American helicopter Sikorsky S-58 “Choctaw” project with the adoption of a British turbine-powered 1,200 HP Rolls-Royce engine. The Wessex has proved extraordinary longevity. It was, for nearly three decades, employed by the British Royal Navy to carry out, in its different versions, many operational tasks. The Wessex UH.5, one of the latest versions of the Westland helicopter, was used during the period of the Falklands War in the South Atlantic in 1982, and it was specialized to satisfy the tactical transportation needs of artillery, ammunition and missile systems. Thanks to its reliability, Wessex UH.5 has also been used for more though duties: the transportation of Royal Marines Commandos during assault and infiltration operations. 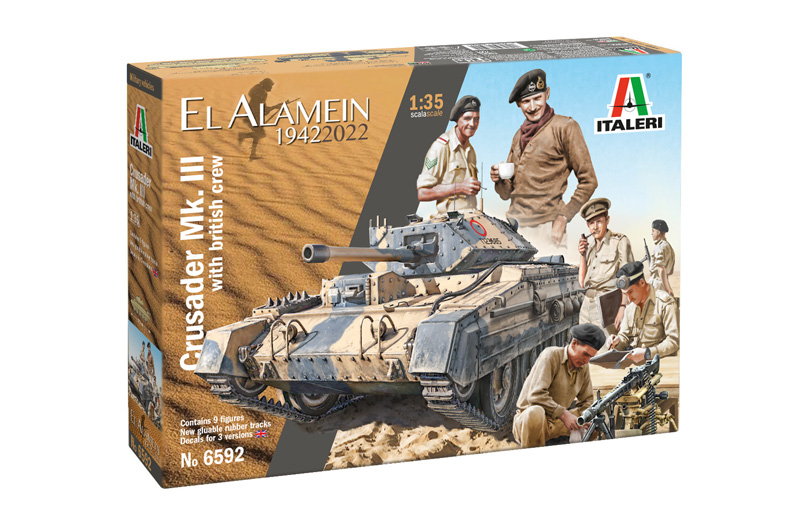 Designed at the beginning of the Second World War, the Crusader was one of the most important British “Cruiser” tanks reaching a production of over 5,000 units. Equipped with Christie suspension with large diameter rolling wheels, the Crusader possessed remarkable driving skills on rough terrain. The first versions of Mk. I and Mk. II were armed with a 2 pdr cannon. later replaced by the more powerful 6 pdr cannon. in the Mk.III version. Lacking adequate armor against enemy fire, it was also very vulnerable to enemy mines and anti-tank guns, and its armament was often inadequate in front of similar German vehicles. However, when used in a coordinated way, they managed to achieve good results. 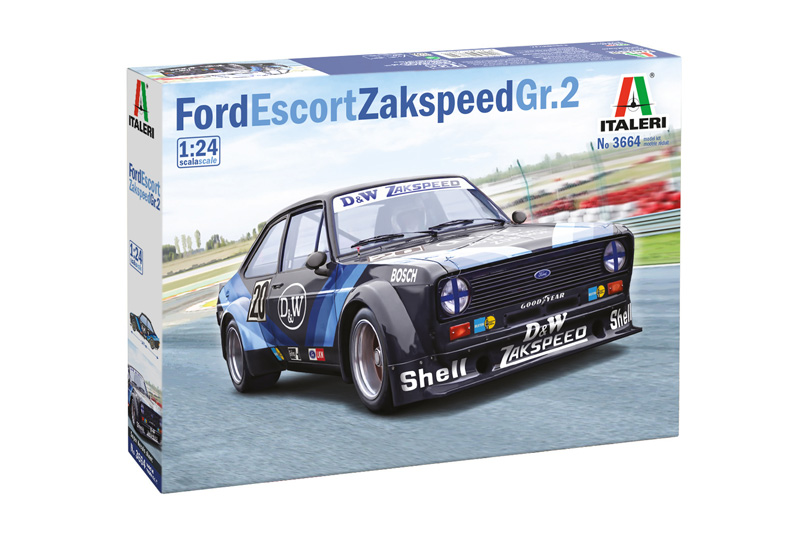 1/24 Ford Escort Zakspeed Gr.2
The Ford Escort Mk 2 was launched on the market in 1975. It was a decisive evolution compared to the Escort Mk 1 presented at the 1968 Brussels Motor Show. The previous version retained the high quality mechanics but was completely revised in the design that he interpreted the aesthetic and stylistic taste of the 70s. In addition to the more functional versions, there was also an Escort Sport version characterized by a more aggressive look and a markedly sporty interior. Finally, the RS 1800 version with 115 HP twin-shaft engine was also presented, which formed the basis for the special version used in the Rally world championship and which achieved significant results. The iconic Zakspeed Team built and used a dedicated version of the Escort Mk 2 between 1977 and 1978. 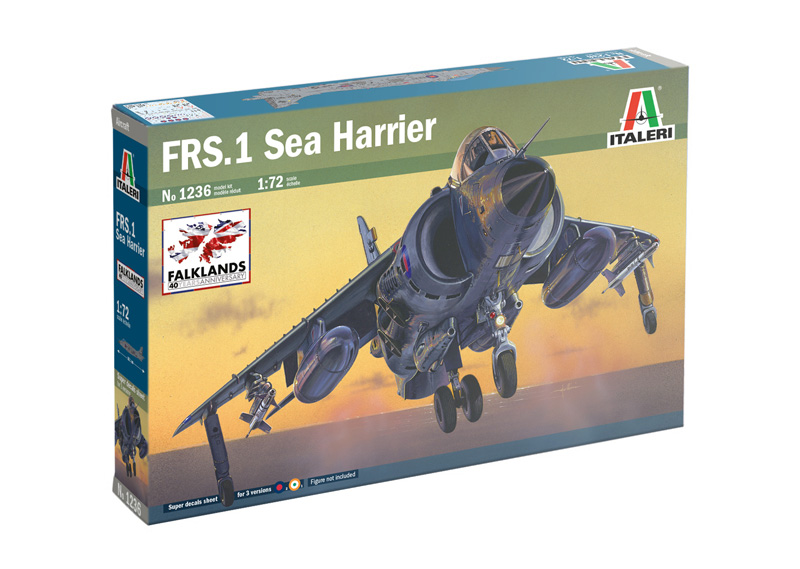 The British Aerospace Sea Harrier was a VTOL / STOVL (Short take-off and vertical landing) capable fighter, developed to equip the air arm sections of the British Royal Navy. It entered into service during the late ‘70s and early ‘80s with the main operational role of fleet air defence aircraft. In 1982 it was deployed on HMS Invincible and HMS Hermes during the Falklands war, fully demonstrating its operational effectiveness during the conflict. Unable to match the speed and flight characteristics of opposing aircraft such as the Mirage 111, it was nevertheless extremely manoeuvrable and reliable in all operating conditions. The Sea Harrier was equipped with an effective offensive armament capability, consisting of two 30mm ADEN guns installed in pods under the fuselage and by 4 sub-wing hardpoints to launch air-to-air missiles. 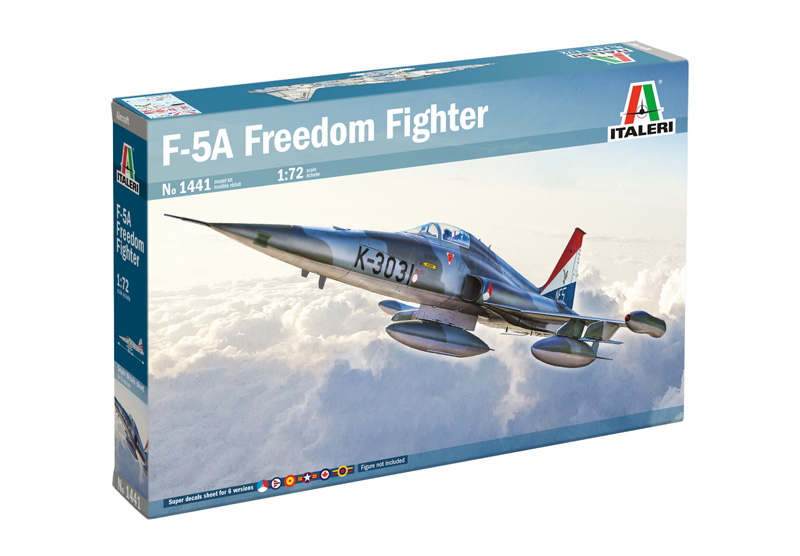 1/72 F-5A Freedom Fighter
During the 1950s, the American Aircraft Company Northrop began developmental work into a simple and “low cost” fighter that would meet the needs of several NATO member air forces. The F-5 met the precise specification, it being a light single-seat fighter, small in size but extremely manoeuvrable and effective. It was relatively simple and cheap to produce and was operationally efficient. The initial version produced by Northrop, designated F-5 A “Freedom Fighter”, was fitted with two General Electric J85-GE-13 engines and could attain a maximum speed of 1,700 Km / h. Armed with two 20 mm. guns installed in the nose, the F-5 was a credible “multi-role” aircraft due to its weapons load capability, which could offer a wide range of offensive options for both air defence and ground attack missions. This multi-role aspect of the aircraft ensured its rapid take-up by many Air Forces.