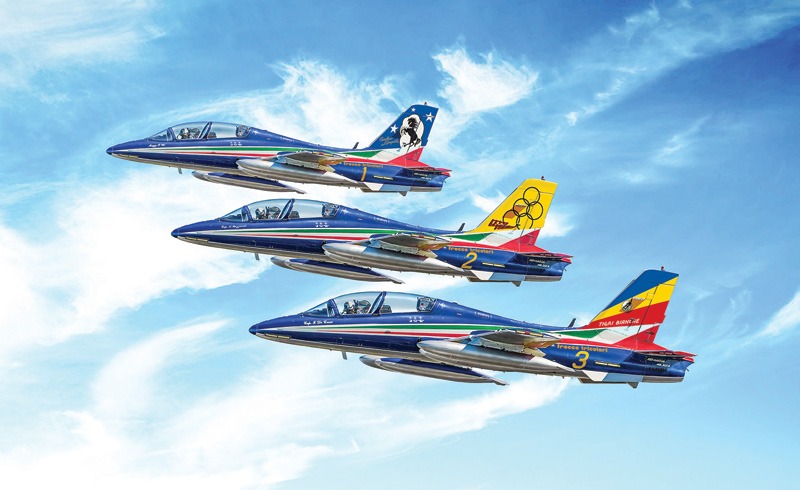 The 313th Gruppo Addestramento Acrobatico of the Italian Air Force, better known as Pattuglia Acrobatica Nazionale “Frecce Tricolori”, is based at the airport of Rivolto, in the northern part of Italy. The 313th was officially born in 1961 as a very professional and highly specialized acrobatic unit with the purpose to represent, all over the World, the Italian Air Force. At the beginning the team has been equipped with the Canadair CL-13 “Sabre” and, after few years it has been replaced by the glorious Fiat G-91 PAN. Today the “Frecce Tricolori” flies the two-seat fighter-trainer Aermacchi MB 339 A and it is the biggest team , with more than 10 airplanes. In 2021 the P.A.N. foundation welcomed its 60th anniversary during which the “339” were displayed with commemorative liveries that celebrated the legendary acrobatic patrols of the Stormi in the 1950s. 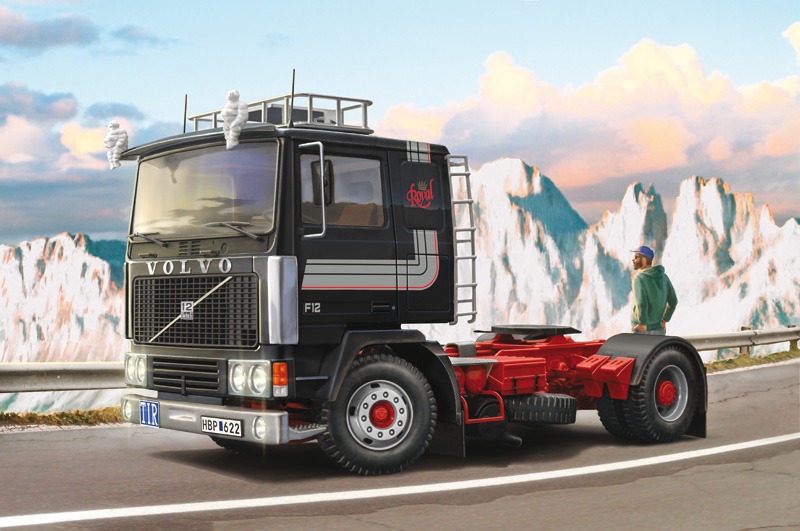 The Volvo F12 was produced in the late 1970s and early 1980s by the famous Scandinavian manufacturer. Equipped with innovative technical and design features for the period, it achieved excellent commercial success throughout mainland Europe. Along with entry to the market of the new line of trucks came the inclusion of a revised engine range. In fact the number F12 in the vehicle name, indicates the displacement in litres of the 6-cylinder turbodiesel engines that were used on Volvo’s new range, several versions of which were released to meet differing prospective customer needs. The vehicle could be configured with different engine solutions and also with the choice of different cabin configurations as required. Among the more popular and most used versions, noted for its versatility, was the “low roof” model, which was characterised by its compact cabin. 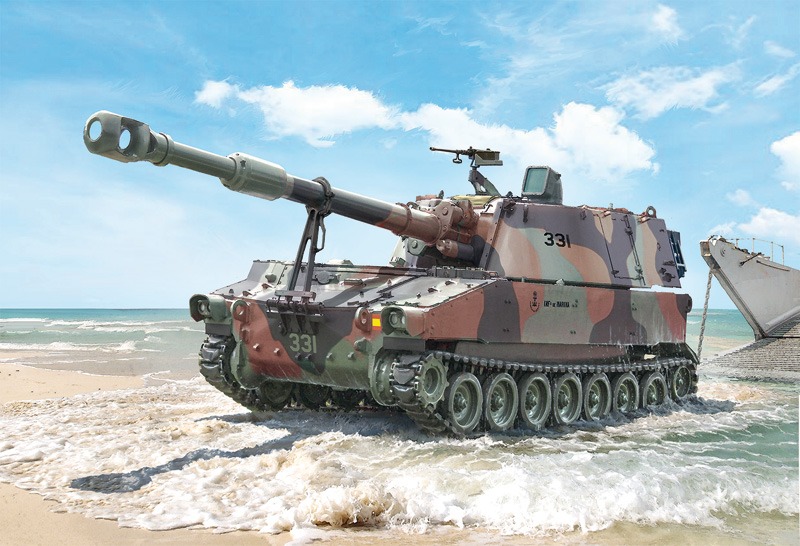 The self-propelled artillery piece the M-109, was commissioned with a specific brief from the American army, to develop a heavy howitzer with had greater mobility on all types of terrain than the dated M-44. The first M-109s entered service in the early 1960s and immediately proved their worth as a major update on the M-44s. The M-109 was also continually updated during its period of service to match evolving operational needs. The 155 mm main armament was also improved with the introduction of the A1 version with its long-barrelled M185 gun, which provided a significantly increased range of fire. The subsequent A2 version incorporated further improvements of the weapon including, aiming, ammunition and target acquisition systems. The M-109 was produced in large numbers, equipping both American armed forces and key NATO allies. 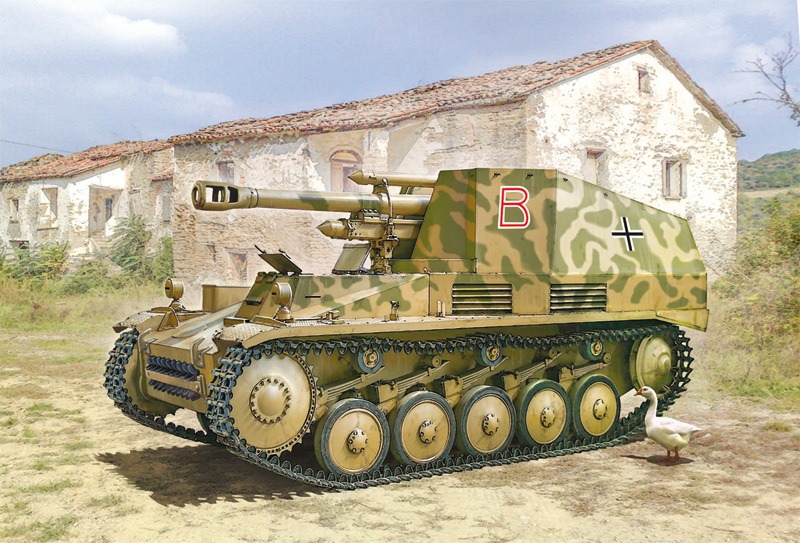 Based on the existing light tank, the Pz.Kpfw. II, this self-propelled artillery vehicle was developed for the German army in 1942 and saw its baptism of fire during the Battle of Kursk. With an increased hull length, it was able to accommodate the 10.5cm FH18 howitzer. Thanks to its good mobility and partially protected gun compartment, it was able to operate near the front lines. This ensured the artillery support of the infantry units during combat. With a production that reached more than 650 units between 1943 and 1945, this self-propelled artillery vehicle became the standard medium howitzer for the panzer and panzergrenadier divisions.