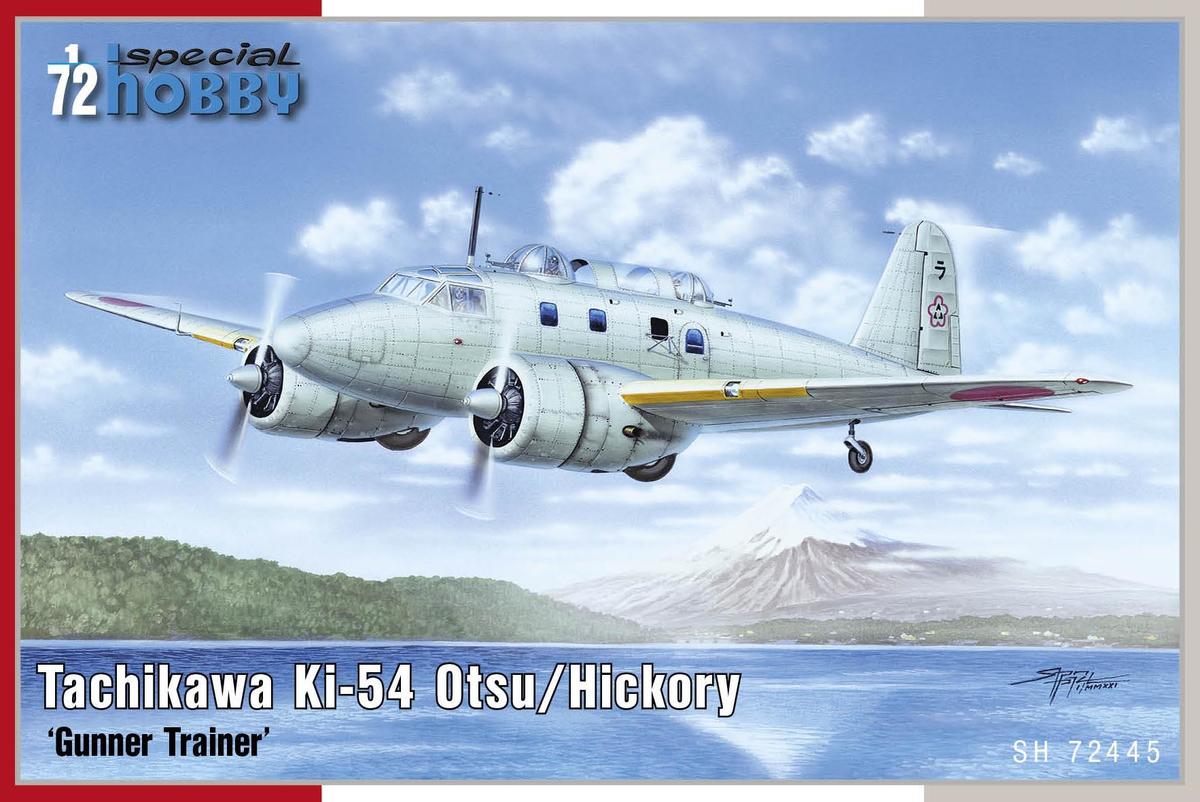 1/72 Tachikawa Ki-54 Otsu / Hickory ‘ Gunner Trainer’
The Ki-54 Hickory was a WW2 Japanese twin engine aeroplane which was manufactured in four main versions used for pilots training, wireless operators and navigators training, aerial gunnery training and finaly the version used for both transport and anti-submarine patrols. This kit featuring the aerial gunnery training variety comes on four styrene sprues and one with clear parts. The decal sheet brings markings for three Japanese military-flown machines, two of which were operated over mainland Japan (one grey overall, the other one with irregular field-applied patches of green over grey) while the last option was seen flying in Java, bearing green over grey. All three options had unit badges on their tails.

the Ki-54 has never been kitted in styrene format before
decals cater for airframes with interesting history
paint masks also available, cat.no M72037 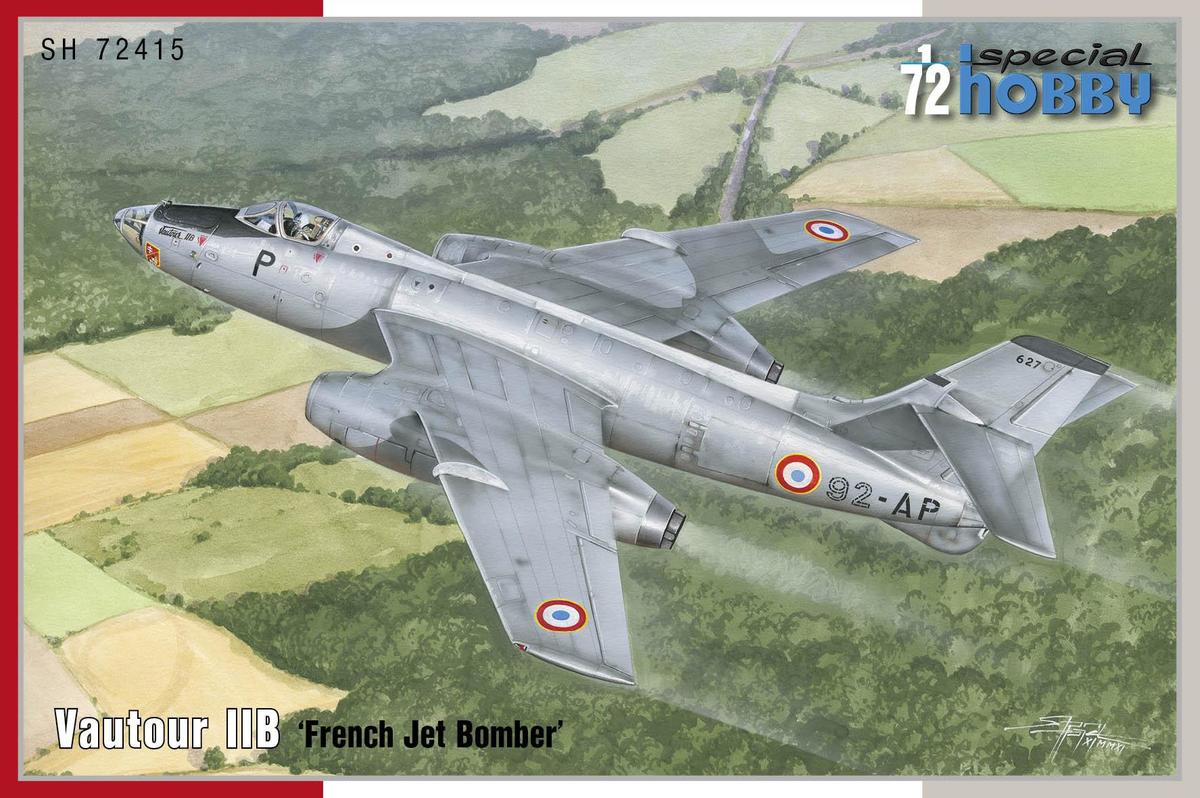 1/72 Vautour IIB ‘French Jet Bomber’
The Vautour was a French twin engined, jet multi purpose aircraft designed and manufactured in the post-war France. Besides the attack version (for the Israeli AF) and fighter version (for both the IAF and French AF), the bomber variety was also designed and eventually put to use with the French military.
Three styrene sprues of the kit come along with a set of resin parts and etches. The decal sheet brings markings for four different French machines, all of which wore natural metal finish. 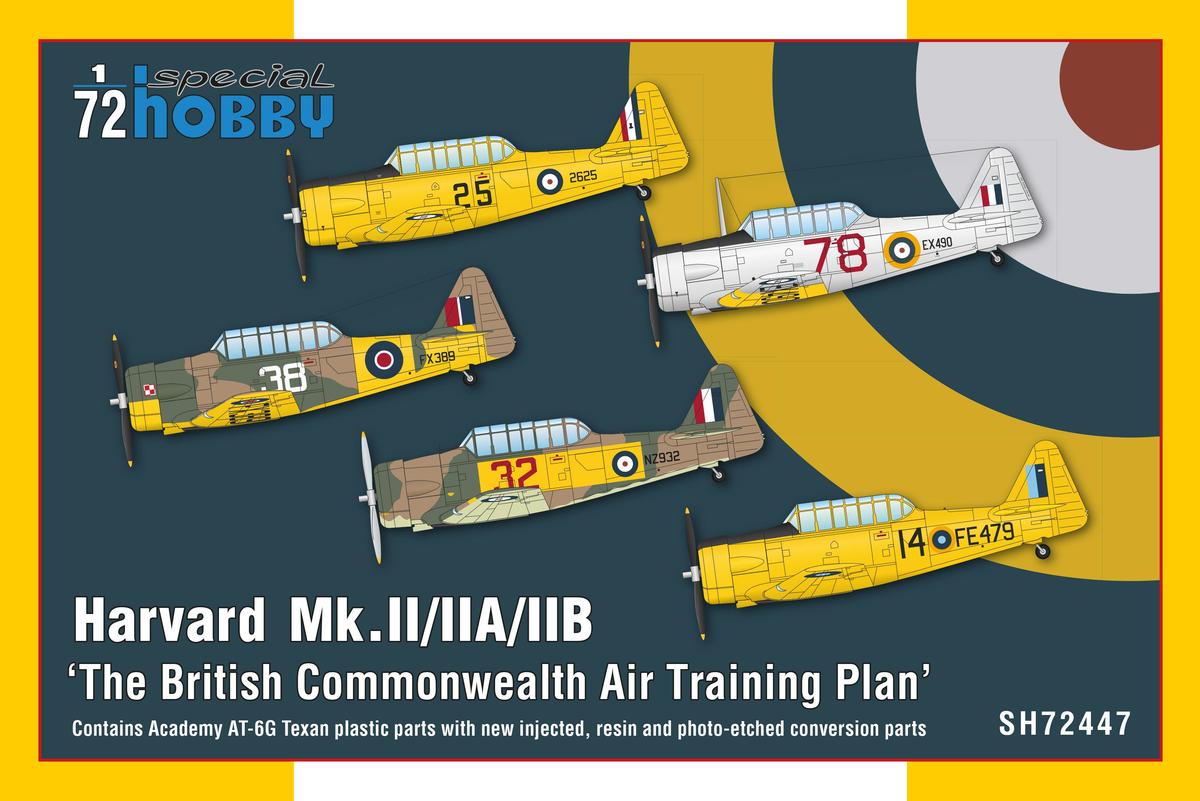 REISSUE: 1/72 Harvard Mk.II/IIA/IIB ‘The British Commonwealth Air Training Plan’
North American had been established in the 1930s and became most famous for designing and producing the iconic P-51 Mustang fighter aeroplane. But even before that, their first product made its name in the world of aviation – and it was the single engine training aeropleane, which prototype example was known as the NA-16. Since the first flight, the type underwent development which step by step turned it into a modern-looking, all-metal aeroplane with retractable undercarriage. The production line gave several various versions which were used throughout the war and even in the post-war era. The USAAF knew the type as the AT-6 Texan, with the US Navy and Marines, the type got the designation SNJ.
During the war as well as in the later years, the type saw service with many air forces all around the world. The type was also produced for the military of Commonwealth countries where it flew as the Harvard Mk.I to Mk.IV. The Harvard Mk.IIB was the name which bore airframes licence-produced in Canada by Noorduyn. The versions differed by having various styles of the canopy and its framing, the internal equipment as well as by being fitted with various armament. The Harvards became the true legend as very large number of pilots from all around the world, including those from occupied Europe, got their wings flying these machines within the British Commonwealth Air Training Plan.
The AT-6G model kitted by Academy is the post-war version of the Texan. So, to make it into a true war horse, we had to add a new sprue of clear plastic parts joined by a handful of resin items and voila here it is, a Harvard in several various colour finishes as flown by STVS units in a couple of Commonwealth countries. The decals offer markings for a yellow RCAF Harvard as operated from Medicine Hat base, a South Rhodesia machine is in natural metal overall with yellow trim, which is also seen on camouflaged RNZAF and RAF machines, the latter also sporting a Polish checkerboard on its nose. The final option is again a yellow-overall machine of the RIAF as flown with SEAC roundels.

Highly attractive model in the version which has never been kitted before.
Interesting camouflage schemes
Detail resin parts already in the box
Paint masks also available under cat.no. M72024 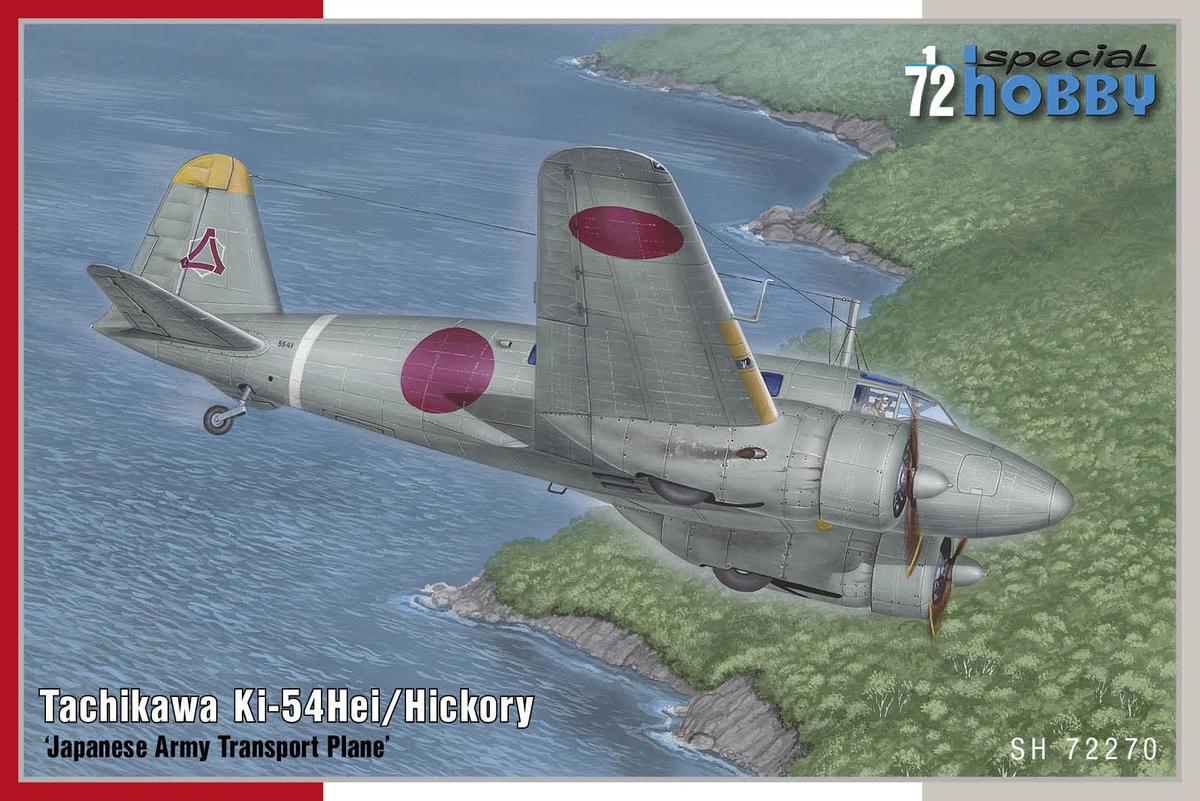 REISSUE: 1/72 Tachikawa Ki-54Hei ‘ Hickory’
The Ki-54 Hickory was a WW2 Japanese twin engine aeroplane which was manufactured in four main versions used for pilots training, wireless operators and navigators training, aerial gunnery training and finaly the version used for both transport and anti-submarine patrols. The kit comes on four styrene sprues and one with clear parts.
The first incarnation of our kit is the transport variety and brings three Japanese airframes, one of which in two guises. Among the schemes you will also find the Ki-54 Hei / Hickory no.5541 which had to make an emergency landing on the Towada lake on 27 September 1943. The plane was found and fished out of the lake on 5 September 2012 and was put on display at the Misawa museum. An airframe which can boast with its interesting past is the 10.Dokiuritsu Hikodan Shireibu machine which was used to fly the Lieutenant General Masao Baba capitulation delegation to Borneo. For this particular option, the decal sheet has the green capitulation crosses as well.