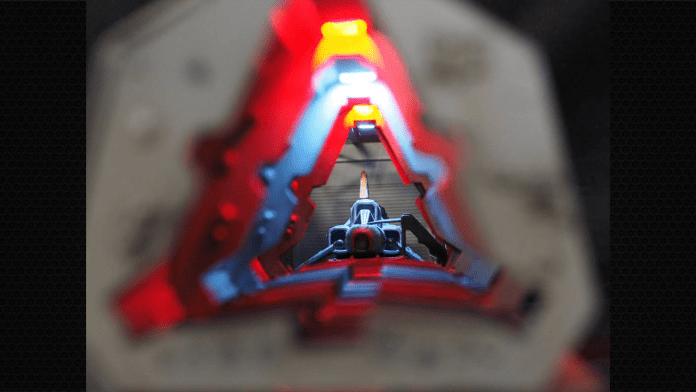 This is a diorama of the Battlestar Galactica launch tube from the old 1970s TV series. It measures about 15″ in length and was scaled to 1/87 in order to fit into the display case that I used.

This build was created using a combination of files that are available on Thingiverse.com. Initially, the project began using all of the files available from designer LJB eng which included parts for the entire tube and launch prep area. While the finished launch tube consists of parts from this file, the launch prep area was constructed using other STL files from Marc Fraley. He fashioned a more accurate launch rail along with surrounding bulkheads and walls. The railings above the launch area were made using STL files from a train bridge. The figures and 2 seat Viper were also 3D printed.

The scene depicted here is of Adama along with Apollo, Starbuck, and Boomer as they are ready for a flight down to the decimated Caprica. As you may recall from the pilot episode, Adama was adamant about being taken to the surface in a shuttle. Tigh and Apollo insisted he is transported in a fighter instead. I exercised a little creative license here using a two-seater fighter to account for the additional passenger rather than a single-seat ship as was seen on the show.

Lighting was achieved with the use of Mega SMDs from Evandesigns. Red and blue colors were used along the length of the launch tube to mimic the look from the show. The lights are powered by a 9V battery.

Additional parts include styrene rods from Evergreen Scale models that span the length of the launch tube and highly reflective plastic I found on Amazon to provide the illusion of an additional fighter in the launch area.