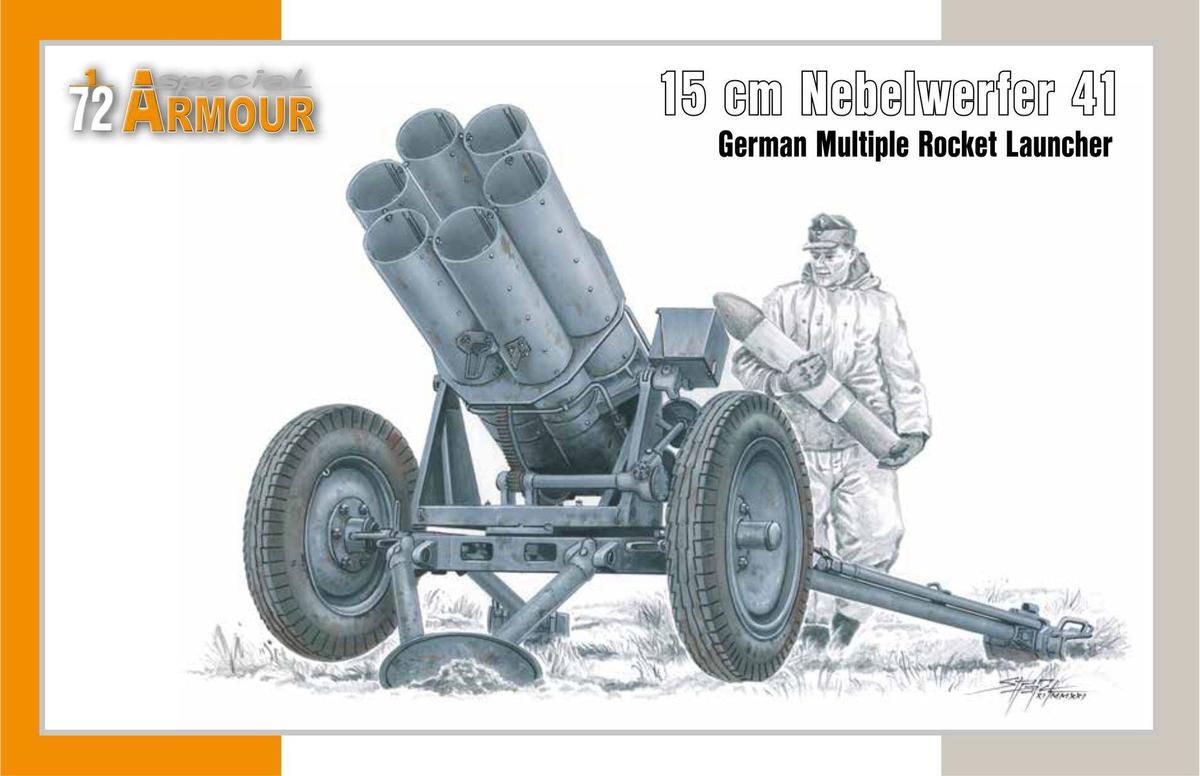 1/72 15 cm Nebelwerfer 41 ‘German Multiple Rocket Launcher’
The Nebelwerfer 41 six-barrel rocket launcher was one of the German weapons the Allied soldiers were terrified of across all the battlefields it was used on. The German military introduced the Nebelwerfer into the service in 1941 and it remained used until the end of the war. Firing the smoke or explosive shells had also very strong psychologic effect mainly because of the noise the missiles gave out.
A single styrene sprue offers finely detailed parts of the rocket launcher. There are paint schemes of as many as five different Nebelwerfers, four of which were found on the Eastern front, the fifth one bearing a two-tone scheme was captured by British paratroopers in Troarn near Caen in Normandy following the 1944 Invasion. 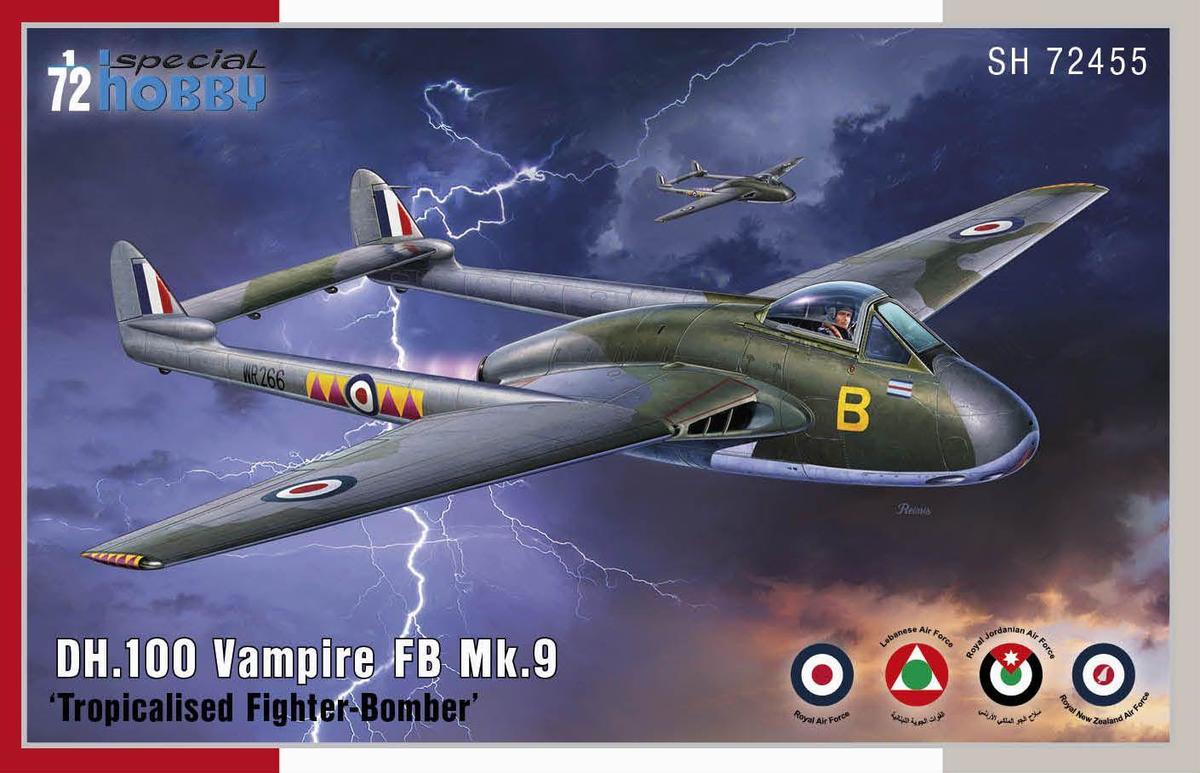 1/72 DH.100 Vampire FB.Mk.9 ’Tropicalised Fighter-Bomber’
The British DH.100 Vampire first generation jet fighter was produced in several versions both for the RAF and for export. The Mk.9 Vampires were modified for service in hot climate by adding the air conditioning unit to the enlarged root of the starboard side air intake. The version was also adapted for carrying out air-ground attacks and had underwing armament racks. Beside the RAF and RNZAF, the Mk.9 Vampires also saw service with several other air forces, this export version being named the FB.52.
The kit consists of two styrene sprues and a single clear sprue. The decal sheet brings markings for British, New Zealand, Jordanian and Libanese machines 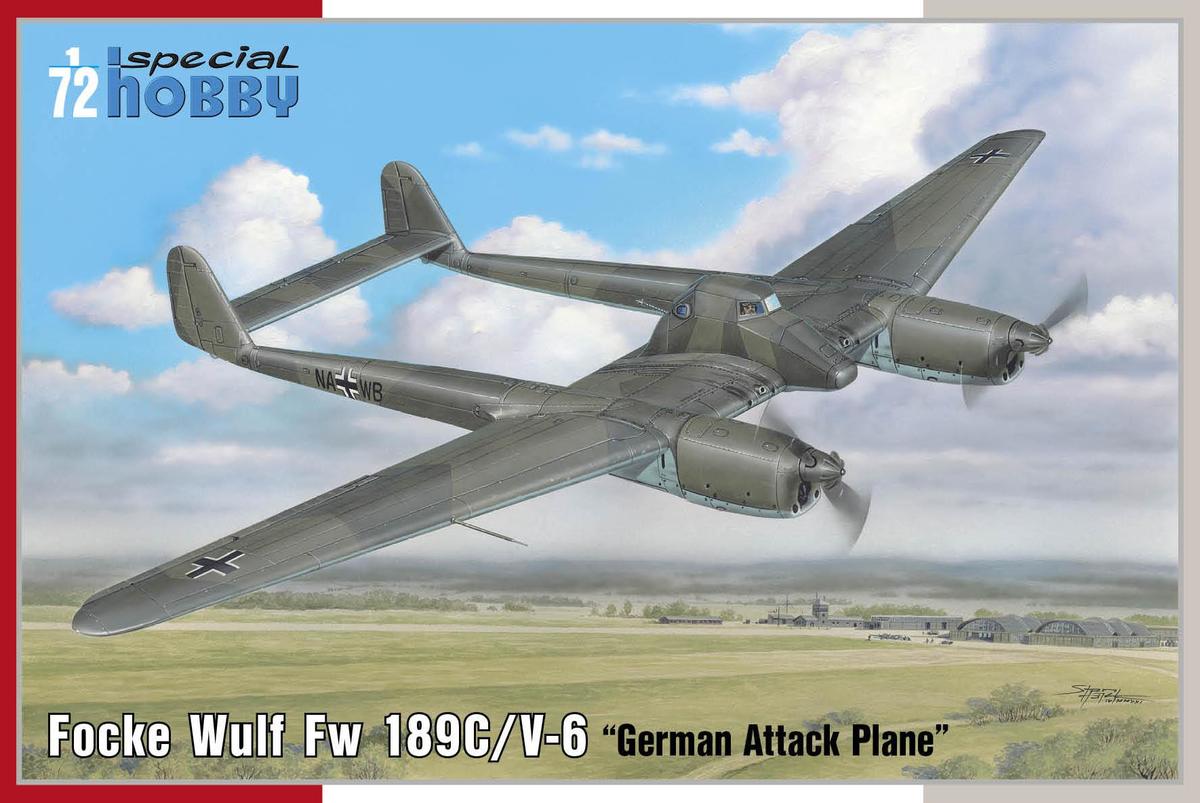 1/72 Focke Wulf Fw 189C / V-6
The Focke Wulf Fw 189 was produced as the Fw 189A reconnaissance and observation aircraft but also as the Fw 189B for the transport and training role. The chief designer Kurt Tank also prepared the ground attack Fw 189C version, two examples of which were manufactured bu which never reached the production as the Luftwaffe favoured the Hs129.
Our SH72432 model kit depicts the V-6, the final prototype stage of the ground attack Fw189. The kit contains, besides the standard styrene items, also a resin cast gun sight and a fret of etches. The decal sheet brings all the markings of the prototype machine. 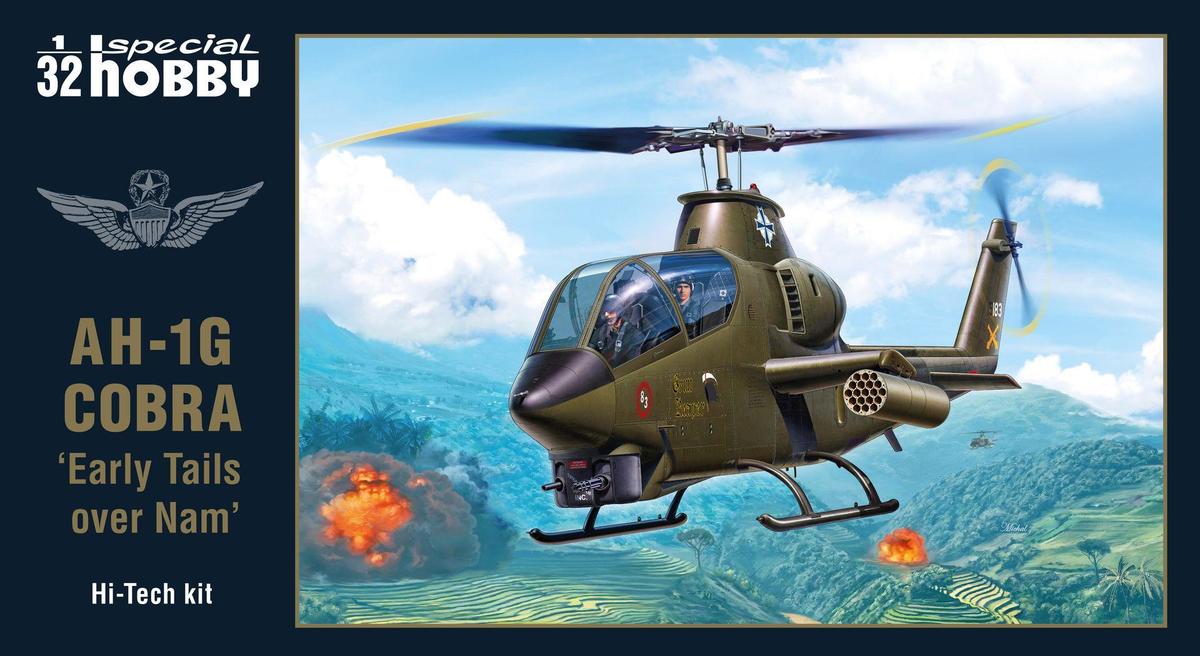 1/32 AH-1G Cobra ‘Early Tails over Vietnam’ Hi-Tech Kit
The 1/32 ICM AH-1G Cobra is a very nice kit indeed and here we have made it even much more detailed by the addition of extra large number of resin parts, photo-etches and 3D printer-produced parts. All of these turn the ICM kit into a superbly detailed masterpiece which fully deserves the Hi-Tech title. The kit also contains pre-cut painting masks for both the outside and inside surfaces of the canopy. 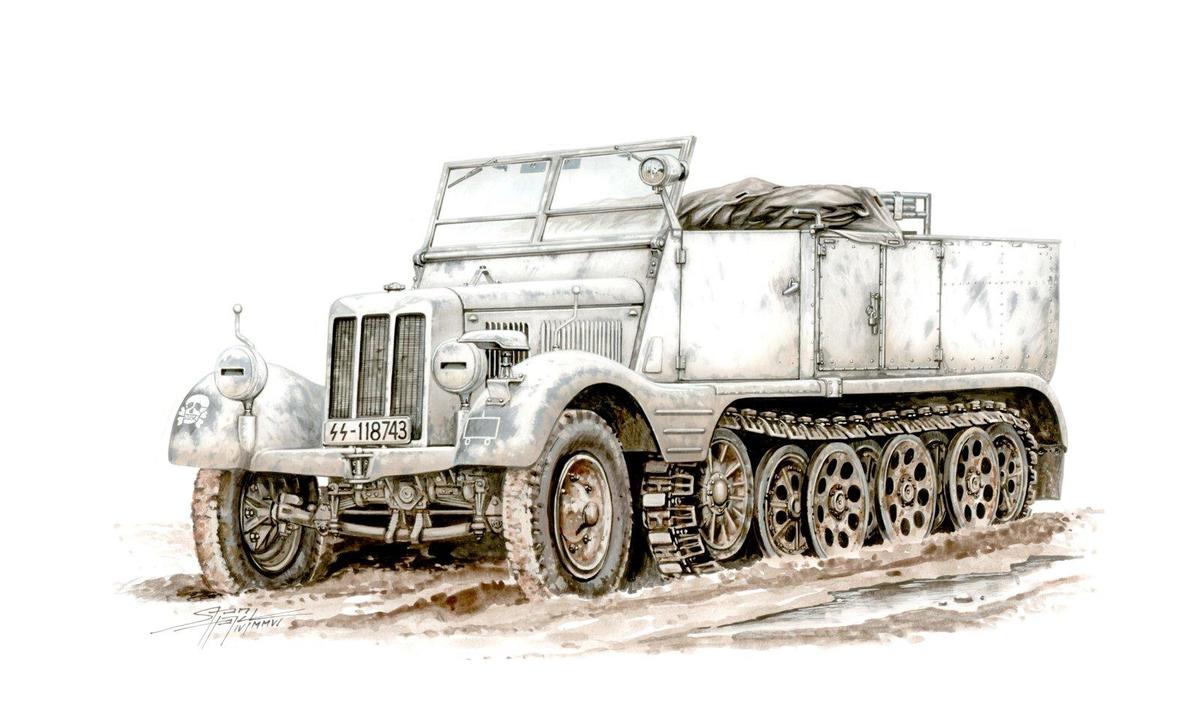