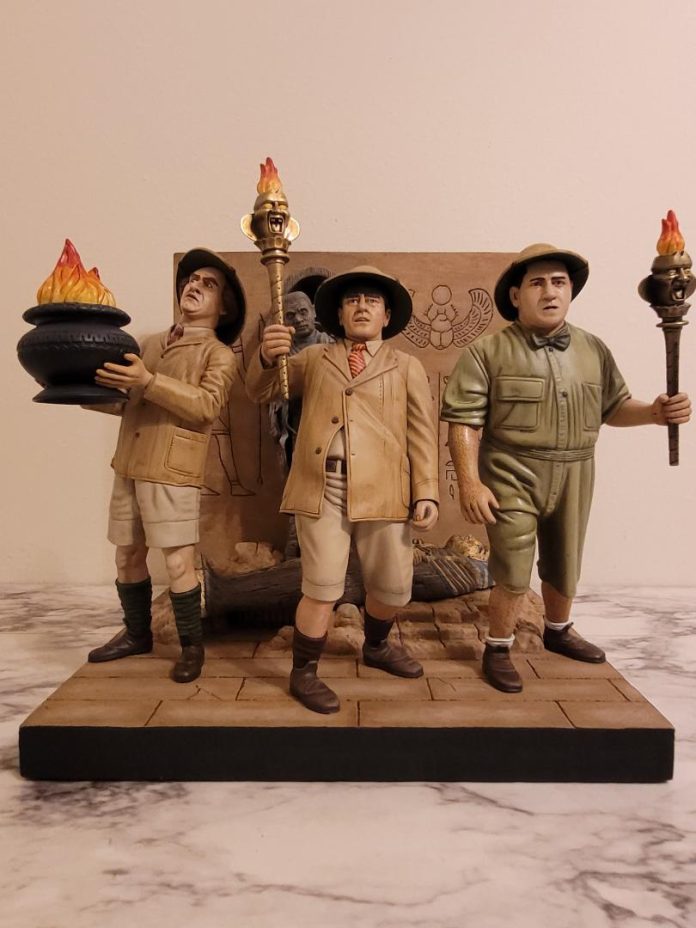 Richard Pezall has entered his build for the 2021 SciFiantasy Annual Halloween Group Build. He has entered his Three Stooges Diorama which is pretty darn cool. Here is what Richard had to say about his build with added photos.

This is my diorama of the Three Stooges Meet the Mummy. It is a combination of five kits plus a scratch-built base and backdrop. The Egyptian writing on the back wall says the name of the diorama. The paints used were mostly craft paints with some Vallejo, Tamiya, and Scale75 thrown in.